In a move which could have broad repercussions for future criminal sentencing, the United States Sentencing Commission voted unanimously on Friday to amend the U.S. Federal Sentencing Guidelines’ definition of “crimes of violence,” particularly as it relates to career offenders. The changes, which are slated to go into effect August 1, involve several modifications, the two most significant of which are the elimination of the controversial “residual clause” and the removal of “burglary of a dwelling” from the enumerated list of violent offenses. 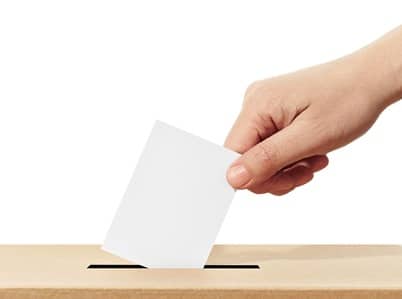 WHY THIS IS IMPORTANT

The Federal Sentencing Guidelines were created to provide a fair and somewhat uniform standard to determine appropriate sentencing for a list of federal offenses, taking into account such factors as the severity of the crime, the number of prior offenses, etc. However, the prescribed sentences are enhanced to be far more severe for “crimes of violence,” especially when committed by someone determined to be a “career offender.” In short, this means that someone who has prior criminal convictions may be punished more severely for the same crime if those convictions identify him/her as career offender. The changes made by the U.S. Sentencing Commission will lessen this effect for future sentencing.

REMOVAL OF THE RESIDUAL CLAUSE

The change that will have the most profound impact on federal sentencing involves the removal of the  so-called “residual clause” which identifies certain individuals as violent “career offenders” based on prior crimes. Under the current version of the Guidelines, certain previous crimes are considered violent if they “otherwise involve conduct that presents a serious potential risk of physical injury to another.” The concern is that this vague wording could result in unfairly enhanced sentences. The removal of the “residual clause” was initially prompted by a Supreme Court decision in 2015 regarding a similar clause in the Armed Career Criminal Act (ACCA)–a clause which the Court struck down as unconstitutional. While ACCA itself is statutory and is not affected by the Federal Guidelines, the Commission decided to amend the Guidelines to echo the Supreme Court’s decision.

The commentary section of the Guidlelines includes a list of offenses that are considered “crimes of violence.” The Commission voted to remove “burglary of a dwelling” from the list on the grounds that burglary in itself is not considered a violent act against another. However, the amendments do recommend that in cases where the current burglary (or a prior burglary) does involve violence, the judges take an upward departure.

In addition to these significant changes described above, the Commission has also clarified definitions in the commentary for what constitutes the enumerated violent offenses of “forcible sex offense” and “extortion.” It has also recommended a downward departure in sentencing for certain misdemeanor offenses when in context with a criminal’s prior violent offense convictions.
Unless the Congress acts to intervene, these changes will go into effect on August 1, 2016. While these changes won’t be retroactive to prior convictions, they will certainly result in moderated sentencing, especially for those with a criminal past.