If a jury convicts you of a crime, don’t make the assumption that the verdict is final. Most cases go through an appeals process, and the motion for a new trial is a very common part of that process. By filing this motion, your attorney is basically asking the judge to vacate the judgment or jury verdict and to start the trial process over with a new jury, giving you a fresh chance for acquittal. The argument for this motion must include a significant reason why justice was not properly carried out during the first trial, or must introduce evidence that might have affected the outcome. Here are the top 5 reasons to consider filing a motion for a new trial. 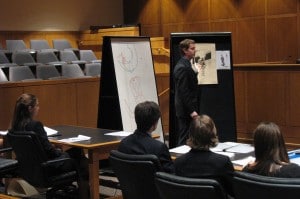 One of the most compelling reasons to request a new trial is if there is new evidence to introduce that might exonerate you. For the judge to grant the motion on these grounds, this must be material evidence that was not known during court proceedings (and was not overlooked due to a lack of diligence) that would likely have affected the verdict had it come out during the trial. The only way to consider this evidence and protect your rights in this case is to start over with a new trial and a new jury.

If your criminal defense attorney can show evidence of juror misconduct during the trial, she may file a motion for a new trial. For the motion to be granted, the misconduct can’t be a mere technicality; it must be sufficient enough to cast the verdict into doubt.

The idea behind trial by jury is that the jury should be as unbiased as possible in determining your guilt or innocence. Occasionally, however, juror bias may be revealed through court documents or affidavits from the jurors or others. If it can be shown that juror bias prevented you from receiving the fair trail guaranteed by the Constitution, the judge may grant a new trial.

4. ERRORS OR IMPROPER CONDUCT DURING COURT PROCEEDINGS (MISCARRIAGE OF JUSTICE)

Many new trial motions are filed because the defense attorney noticed any of a number of significant errors in court proceedings, or improper conduct by either the prosecution or the presiding judge, resulting in a miscarriage of justice. If this evidence can be documented and presented to show that it likely affected the outcome of the trial, a new trial may be granted.

Even if the evidence presented within a motion for a new trial is not enough for the judge to rule in your favor, many times it’s important to file the motion anyway, simply because it is one of the few opportunities to introduce evidence after the trial is over. Even if you were convicted, a good defense attorney will take every opportunity to include anything in the court records that could work in your favor for future appeals, parole hearings, and so on.

In most cases, there is only a short window of time after conviction to file a motion for a new trial. For more information about this and other post-conviction procedures, contact the Federal Criminal Law Center today.