One of the common questions we receive from people previously convicted of a crime is, “How do I get rid of my criminal record?” There is no doubt that having a criminal record can complicate your life greatly, making it more difficult to get certain kinds of work, to obtain proper housing, etc. While there are ways to improve your standing in the community over time, there are certain instances in which you can have your record cleared (by its legal name, “expungement”), which means potential employers, landlords and others doing background checks on you won’t be able to see your criminal records, and cannot legally use it against you.

AM I ELIGIBLE TO HAVE MY RECORD EXPUNGED?

Let’s be clear: not everyone can get rid of their criminal record. If you’re a repeat offender (especially with multiple felonies), or if you’ve been convicted a particularly serious or violent crime like murder, rape or sexual abuse of children, it’s quite likely that the courts will take these offenses off your record. Also, the specific rules for expungement vary from state to state, so the jurisdiction in which the crime was committed will play a role in whether you can have the marks removed. However, you might be a candidate to have your criminal record expunged if one or more of the following applies to you: 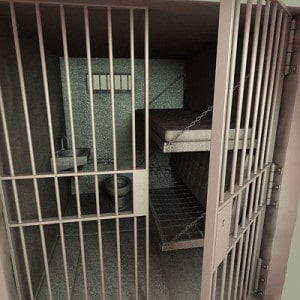 STEPS TO GET RID OF YOUR CRIMINAL RECORD

If you believe you may be a candidate to have your records expunged, the actual process may differ from state to state. However, here are the basic steps you should take:

For more information on how to get rid of your criminal record, and for knowledgeable legal counsel and representation to guide you through the complex process of having your record expunged, call the Federal Criminal Law Center at 866.719.3420.