Pharmaceutical giant AstraZeneca is no stranger to the courtroom, having dealt with numerous lawsuits over the years over issues ranging from drug side effects to unethical marketing practices. At this time, AstraZeneca is facing new charges in the state of Texas in a lawsuit over its marketing of Seroquel, a powerful antipsychotic drug.

The suit was filed in Texas state court on October 7, 2014 by the Texas Attorney General and two former AstraZeneca sales representatives, alleging violations of the Texas Medicaid Fraud Prevention Act, negligent misrepresentation and fraud, and demanding payment of damages and injunctive relief. Among the claims are that AstraZeneca marketed the drug for unapproved uses (including the treatment of children) and paid kickbacks to state health officials to ensure the drug’s promotion, in the process targeting the Texas Medicaid system to overpay for Seroquel. 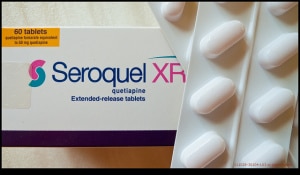 Regarding the kickback claim, of particular note is the allegation that AstraZeneca paid $465,000 to two unnamed state health officials to ensure that Seroquel was included on a list of state-approved drugs, making it eligible for reimbursement from the state’s Medicaid system. The lawsuit further claims that the pharmaceutical company was effectively targeting Medicaid funds on the assumption that most patients with schizophrenia and bipolar disorder would be unable to afford Seroquel and would turn to state health programs for assistance.

Also included in the lawsuits claims are disturbing allegations that AstraZeneca coerced its sales reps to understate the risks of Seroquel, make unsubstantiated claims regarding its benefits and promote the drug for uses beyond its official indications.

This isn’t the first time that AstraZeneca has come under fire over Seroquel. Back in 2010, similar allegations that the company had illegally promoted the drug for off-label uses resulted in a $520 million settlement paid to the U.S. Department of Justice, followed in 2011 by similar settlements with individual states in the combined amount of $68.6 million. At one time, the total of pending lawsuits concerning Seroquel alone totaled over 26,000. AstraZeneca has also faced and/or settled multiple lawsuits over the past several years regarding alleged detrimental side effects from the drugs Crestor and Nexium.