What if New Evidence Has Been Discovered About My Case?

Sometimes after a trial is concluded, new evidence may be discovered about your case which might have exonerated you had it been presented at trial. In situations like these, your defense attorney may recommend filing a Motion for a New Trial. In effect, this is a request for the judge to vacate the jury’s verdict, declare the old trial null, and start over again with a new trial, complete with a new jury. 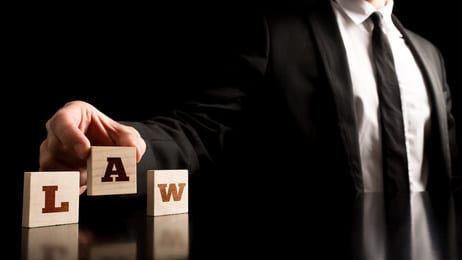 Why a New Trial May Be Needed

Once the jury reaches a verdict in your case, the window for presenting evidence is effectively closed, at least for that particular trial. If you are convicted of the crime(s) in question, the appeals process is essentially so the courts can review the case and make sure due process was followed—not to entertain new evidence. Thus, the only effective way to introduce newly discovered evidence after conviction is at a new trial, only as determined by the judge.

Convincing a Judge to Declare a New Trial

A lot of preparation goes into trying a case in court, and usually great care is taken to make sure the defendant has received a fair trial and due process. By filing a Motion for a New Trial, your attorney is basically asking the judge to throw out all that effort and start again. Therefore, it’s important to understand that the judge isn’t going to declare a new trial just because it’s asked for, nor should this motion be filed frivolously. In order for the judge to determine that a new trial is in order, he/she needs to be convinced that the new evidence being introduced is significant enough that it might have changed the verdict. In other words, if the jury had been aware of this evidence at your trial, it might have swayed them to acquit you rather than convict you. Furthermore, your attorney will need to show that this new evidence is truly “new”–that it was undiscovered, or undiscoverable, before or during the trial. If the judge sees a legitimate reason why this evidence should be considered, he/she will likely grant the motion, and you and your attorney will have a fresh chance at clearing your name.

Even if it’s unlikely that the judge will declare a new trial, sometimes it’s still a good idea to file the motion, if for no other reason than to “complete the record.” When your attorney petitions for a new trial, she must naturally give a reason for the request (i.e., new evidence has been discovered). Even if you are not given the chance to present your new evidence, the petition at least adds to the court records a statement that new evidence exists. If any other questions or doubts arise about your case, now or in the future, this information can be a critical point in convincing a judge to grant you a new trial.