What If I Am Being Imprisoned Illegally?

Both state and federal laws are in place to protect the rights of U.S. citizens, and one of those protections is against being imprisoned illegally (or without just cause). If you are currently in custody and feel your imprisonment is unlawful, your attorney may file a petition for a “writ of habeas corpus” to challenge the legality of your imprisonment.

From a Latin term meaning “you have the body,” the Writ of Habeas Corpus actually dates back to the English Magna Carta in 1215, and was intended to stop the English monarchy from arbitrarily throwing its subjects in prison and “throwing away the key.” Now a provision in the U.S. Constitution and most state constitutions, the Writ of Habeas Corpus is a court document ordering the prison guard to produce the prisoner in court to determine whether the imprisonment is actually lawful. Under the law, the government cannot keep you incarcerated or imprisoned without showing just cause. If this is in doubt, habeas corpus forces the government to examine the circumstances of a person’s imprisonment, and either prove that person is being held legally or release him/her. 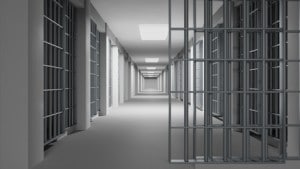 While habeas corpus was initially intended to stop arbitrary arrest and imprisonment, the law enforcement check-and-balance structures in our country today usually prevent this practice. Even if you are arrested, the authorities must usually release you within hours unless they formally charge you with a crime. However, the right of habeas corpus may be invoked if a) you are being held after arrest for an extended period without hearing the charges against you, or b) you and your attorney believe significant errors in your case have led to your being imprisoned illegally.

When Habeas Corpus Is Used

Because the Writ of Habeas Corpus only deals with imprisonment, a petition for habeas corpus can only be filed if you are currently behind bars, and usually only after all other forms of appeal have run their course. Habeas corpus does not question your guilt or innocence—it only questions the circumstances surrounding your imprisonment. In filing the petition, your attorney will have to detail specific legal or factual errors in the trial which led to your wrongful imprisonment. If the judge agrees there is reason to investigate, he/she will issue the writ, demanding that you be brought back to court to determine whether you are being legally held. If it can be shown that you are being imprisoned illegally, the government must release you, regardless of guilt or innocence.