When you’ve been charged with a crime, plea bargaining can often be an effective strategy to avoid a grueling trial, and it can also result in a reduced sentence that may be far more lenient than if you had been convicted at trial. A skilled and experienced defense attorney will be able to advise you as to whether this is a good strategy for your case, as well as negotiate for the best possible terms. 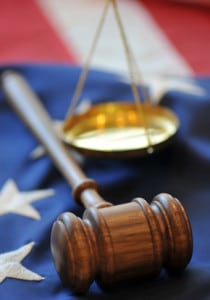 In simplest terms, a plea bargain is when the defendant agrees to plead guilty to a lesser charge in exchange for a lighter sentence, and to avoid a jury trial. Sometimes a plea agreement is offered by the state, while in other instances your attorney may initiate the negotiation. If both sides come to agreement and the judge approves the terms, the defendant pleads guilty, the agreed-upon sentence is rendered, and the case does not go to trial.

Plea bargaining is extremely common in both state and federal criminal cases for the simple fact that it is easier for all involved to come to agreement out of court. It’s important to understand that the prosecution often wants to avert a trial almost as much as you do, especially for non-violent offenses. The government wants to avoid the expense of a trial, and it is often in your best interests to negotiate for a lighter sentence, especially if the evidence against you is convincing.

When Your Attorney May Recommend Plea Bargaining

Plea bargains are not the best answer for every case, so it’s important to have the sound advice of an experienced defense attorney when considering a plea bargain. Your attorney may recommend plea bargaining if:

When Your Attorney May Recommend Against Plea Bargaining

There are times when it’s a better strategy to hold your ground in an upcoming trial. Your attorney may advise against a plea agreement if:

Our Experience with Plea Bargaining

When negotiated by an experienced criminal defense attorney, plea bargaining can be a very effective tool to minimize the outcome of the charges against you. The attorneys of the Federal Criminal Law Center have many years of experience with plea bargaining at both the state and federal levels, and their knowledge of the law and the courts enables them to negotiate for the best possible terms on your behalf.