What is a Collateral Appeal

Once you are convicted of a crime, a collateral appeal is one of several post-trial motions your attorney may file in attempt to procure post-conviction relief for you. Collateral appeals are generally relied on as a “next step” after direct appeals have run their course.

Difference Between Direct and Collateral Appeals 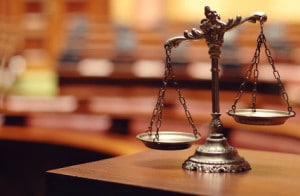 Perhaps the most widely known collateral appeal is the Petition for Habeas Corpus, which makes the claim that you are being incarcerated illegally. This motion can’t be made unless you are actually in jail and other appeals have run their course. Your attorney may employ other post-trial motions (such as a Motion for a New Trial or Motion to Void Correct Sentence), citing possible claims such as ineffective assistance of counsel during your trial, newly discovered evidence that could exonerate you, incorrect sentence or conviction out of jurisdiction, or other errors that might make your conviction illegitimate.

Because collateral appeals are discretionary and often denied, it’s important that they be handled by an experienced defense attorney who can help determine which post-conviction remedies are most likely to be effective in your case.