In preparing a defense to criminal charges, you have a legal right not only to understand the charges against you, but also to understand the evidence that supports those claims. If the prosecution is not cooperating in ensuring that your rights are upheld in these matters, your attorney may file a Motion to Compel. 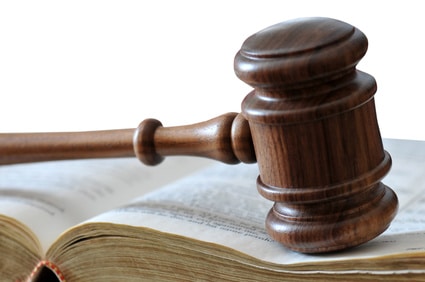 What Is a Motion to Compel?

In simplest terms, the Motion to Compel is just what it sounds like: it is a formal request asking the courts to require someone to do something. Typically, this has to do with compelling the opposition in a court case (or a third party) to share pertinent information. During the pre-trial phase, a lot of information is obtained and shared by both sides so that each can prepare their case for court. Unfortunately, sometimes one side or the other resists this process, and in criminal defense cases, this can hurt your ability to defend yourself in court. If good-faith attempts to communicate aren’t working, your attorney can file a Motion to Compel asking the judge to force the issue. In some cases, the other side will also present arguments, and if the dispute is significant, a special hearing may be called before the judge to settle the matter. If the motion is granted, the offending party must either comply with the requirements of the motion or face penalties such as contempt of court.

WHEN TO FILE A MOTION TO COMPEL

Theoretically, a Motion to Compel can require the other side to perform any task that the first party (and the judge) deems necessary to follow due process and ensure a fair trial. However, in the vast majority of criminal cases, this motion is filed in an attempt to force discovery—to require the prosecution to disclose information the defendant believes is being withheld. It seems simple enough, but this isn’t a strategy to be used lightly. Judges are busy individuals who usually don’t take kindly to what they deem to be petty distractions, and used arbitrarily, a Motion to Compel can actually backfire. For that reason, this motion should only be filed if there is significant reason to believe important information is being withheld or delayed, and if several good-faith attempts have been made to resolve the issue between the prosecution and defense. (In most cases, the motion must certify that these good-faith attempts have been made.)

Our Experience with Motions to Compel

Cautions aside, the Motion to Compel is a simple but powerful tool that, when used wisely, can often make a significant difference in your case. (After all, the prosecution typically doesn’t drag its feet on disclosure unless the information is potentially hurtful to their case.) The key is to engage a criminal defense attorney who understands when and how to use this motion. The attorneys of the Federal Criminal Law Center have extensive experience and a solid track record in successful pre-trial strategies, including filing Motions to Compel.