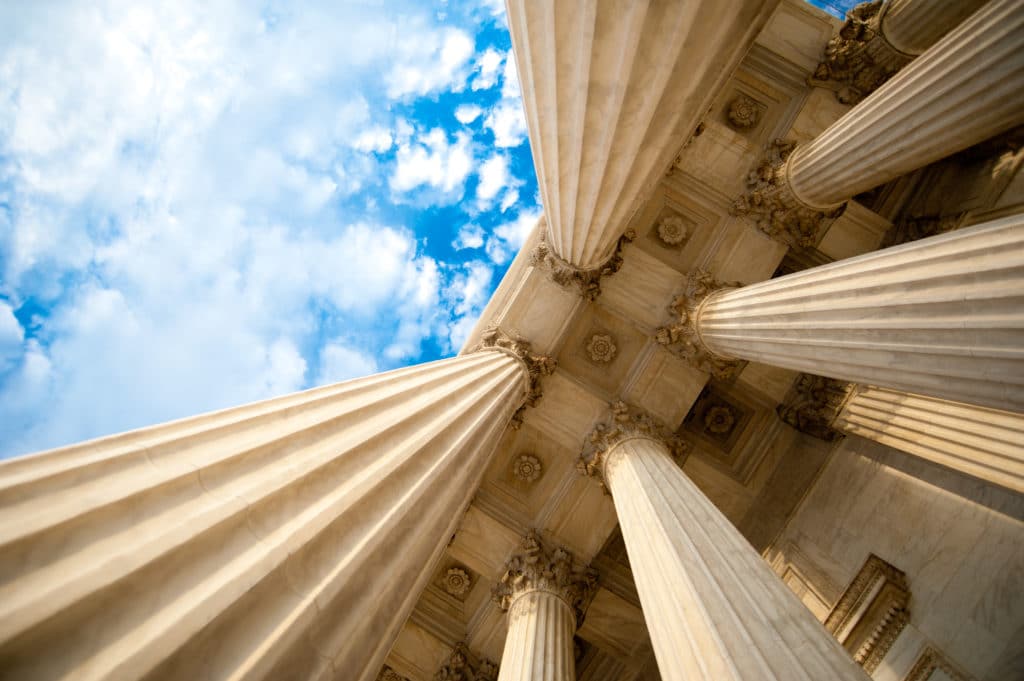 When the United States government convicts you of a federal crime such as bank robbery, insurance fraud, or embezzlement, your criminal trial takes place in one of the 94 district courts across the country. Your district court hearing takes place in a location closest to where the government alleges you committed the crime. If convicted in district court of a criminal offense, you and your attorney have 14 days to file a petition to request your case proceed to the appellate courts. Defendants in civil cases have 30 days to appeal the district court decision.

District court prosecutors and judges are human and can make mistakes like anyone else. You have the legal right to challenge any error serious enough to affect the outcome of your criminal case. Typical reasons to appeal a district court decision include:

As experienced federal criminal law attorneys, the team at Shein, Brandenburg, and Schrope will advise you accordingly whether your case meets the standards to advance to the Federal Court of Appeals.

The important thing to understand about appellate courts is that they do not hear new evidence or new cases. The sole purpose of the appeals court is for a judge and jury to determine if the district court followed the correct legal procedure when hearing your case and determining you guilty of a crime. The one exception is when new evidence becomes available after your district court hearing that could have resulted in the United States dropping its case against you.

Filing a Notice of Appeal

Once you and your attorney have decided to appeal a district court decision, the next step is to file an official notice of appeal. Depending on the laws of the state where the alleged crime took place, filing the notice must take place with the district court that heard your case. Other states require you to file the notice of appeal directly with the appellate court.

Our law firm represents clients charged with federal crimes in the district courts of Alabama, Georgia, South Carolina, Eastern Tennessee, and North Florida. We will ensure that you meet the filing deadline set by the appropriate district court when submitting your notice of appeal.  Although each district court requires attorneys to include slightly different information on a notice of appeals form, all five districts we represent require some variation of the following:

After you have officially filed the notice of appeal, a clerk with the court of appeals gathers the necessary documentation for a judge to review. This includes a brief prepared by your defense attorney and becomes your record of appeal.

The Legal Brief and Oral Argument

Before presenting an oral argument to the appellate court, your attorney prepares a detailed written outline about your original case known as a legal brief. The brief describes the actions you and your attorney want the appellate court to take and may include examples from other federal cases similar to yours that resulted in a different outcome. Each appellate court sets its own regulations regarding what to include in the legal brief along with the format, font size, and other administrative details. The following are typical contents included in a legal brief:

Your attorney also has an opportunity to present an oral argument that should last no more than 15 minutes.

At this stage in the appeals process, a panel of three judges considers the information presented in the legal brief and oral argument to determine if some type of negligence or error occurred in district court that had a negative impact on pronouncing you guilty and/or the sentence imposed. Federal law states that only two of the three judges need to agree with the final opinion for it to be legally valid.

Outcomes that can occur during the final opinion include upholding the original decision of the district court, overturning the decision, or sending your case back to the district court for a new trial. The panel of judges then writes a final opinion on your case and sends it to you electronically or by mail. You may also be able to look up the decision online as it is a matter of public record. The timeline for arriving at a final decision is anywhere from a few days to a few months depending on the complexity of your federal case. You can appeal the decision one more time if you are unsatisfied with the result or decide to appeal it all the way to the Supreme Court.

Are You Facing Federal Criminal Charges?

We understand that it can feel extremely intimidating when the federal government charges you with a crime. Before you concede guilt or take any other actions, we invite you to contact Shein, Brandenburg & Schrope to schedule a free consultation and review of your case. We look forward to working with you during this challenging time.