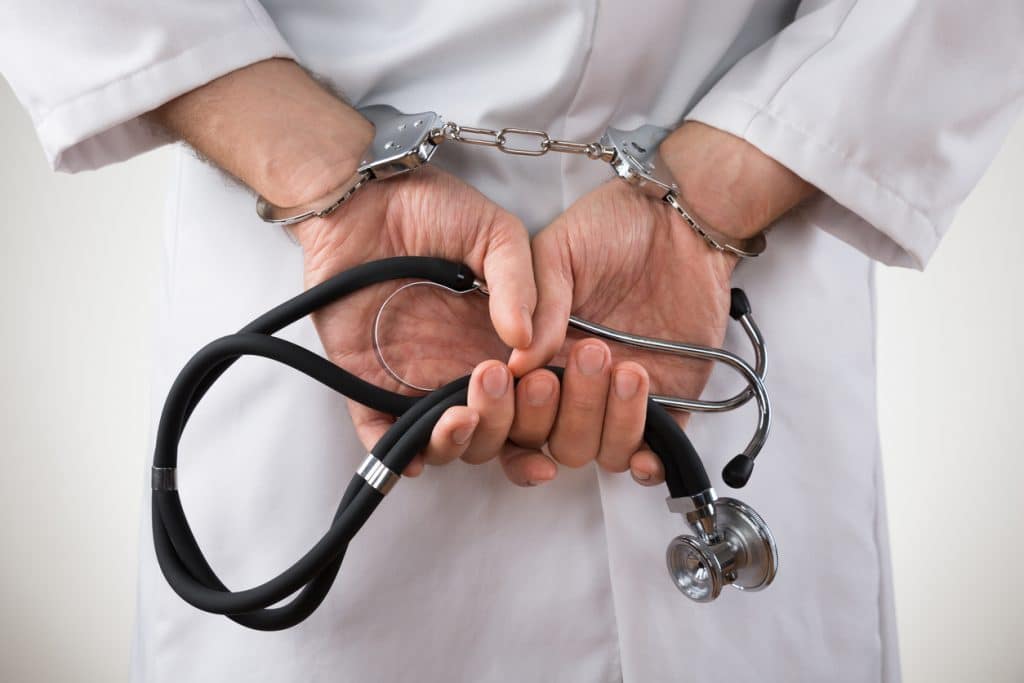 A physician was recently named as one of eight people who have been charged with committing federal healthcare fraud. A court in the Northern District of Texas alleges that the physician and others profited from a scheme to defraud the government of more than $158 million. The doctor was listed on the Texas Medical Board’s website as having been displaced in August of 2013. The doctor has been ordered to complete 16 hours of continuing medical education related to risk management and was also ordered to comply with a non-disciplinary remedial plan that required him to complete at least eight hours of ethics training and pay an administrative fee of $500. The doctor has declined to comment on the event but did agree to the search warrant, which allowed authorities to seize his files for the investigation, in order to avoid further activity by law enforcement. In a country with an uncertain healthcare system as well as mounting costs for medical bills, federal prosecutors are increasingly focusing on addressing the crime of healthcare fraud.

There are several acts that are prohibited by federal healthcare fraud laws, but one of the most common types of crime occurs when a physician receives a “kickback.” These “kickbacks” occur when a healthcare provider accepts or offers payment in exchange for a payment referral when the patient’s claim will be submitted to Medicare or Medicaid. This type of activity is particularly hard to defend and almost always requires the assistance of a skilled attorney.

Federal laws contain particularly strict penalties for healthcare fraud. Being convicted of healthcare fraud often results in individuals facing jail time and being forced to pay substantial fines. Convictions for federal health care fraud can result in up to 10 years in prison, and if serious bodily injury is caused by the fraud, then an individual can face up to 20 years. If an individual dies due to healthcare fraud, a physician could be charged with up to life in prison. Individuals also face hefty fines for fraudulent schemes and might even be ordered to pay restitution or repayment of the fraud.

Obtain the Services of a Skilled Decatur Criminal Defense Attorney

Each year, a surprisingly large number of individuals are charged with federal healthcare fraud. For individuals who face such charges, it is a wise idea to retain the assistance of skilled legal counsel as soon as possible. Contact the legal counsel at the Federal Criminal Law Center in Decatur, Georgia to retain the legal assistance you require by either calling the firm at 404.633.3797 or filling out the online form.