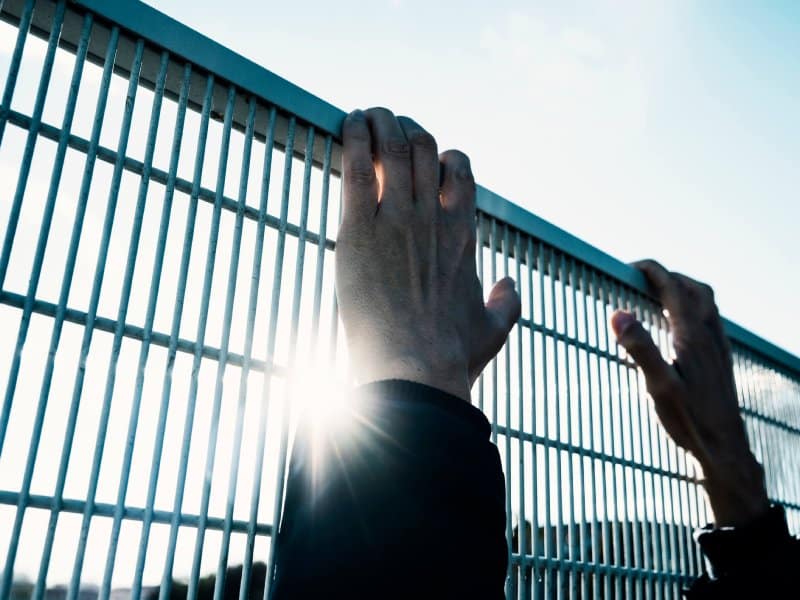 The federal rules state that a person who has been found guilty of an offense and sentenced to a term of imprisonment, and who has filed an appeal or a petition for a writ of certiorari, shall be detained unless the judicial officers finds that:

Thus, the defendant has two parts of the test that he or she must meet in order to be released from imprisonment pending an appeal. First, the defendant must show that he or she is not going to flee or pose a danger to the community. Here, the courts will use many of the same factors in post-conviction bail decisions as they do while the case is pending. These include:

Therefore, a defendant who might pose a risk to the public will have a difficult time convincing a judge to allow bail pending an appeal. Similarly the judge will consider the likelihood of the defendant to commit a nonviolent crime if granted bail. It is equally important to ensure that the defendant will not intimidate witnesses or tamper with evidence if freed on bail.

Second Requirement of a Pending Appeal

If this requirement can be met, then the court will look to the second part of the test. In terms of the second requirement, an issue is substantial if it presents a close question that could be decided differently on appeal. Therefore, if the ruling would result in a reversal of the original decision, a new trial, a sentence without imprisonment or a reduced sentence less than the total time already served and time for appeal, then the second element of the standard will be met.

If you have been convicted of a crime and are considering an appeal, please contact the attorneys at Shein & Brandenburg. Our experienced team will discuss your case with you to determine if an appeal and request for bail is appropriate for your case. We will ensure that your rights are advocated for in all ways possible.