An important role of the federal criminal process is the grand jury. The main purpose of a grand jury is to decide whether an individual should be charged (or “indicted”) for a specific crime, usually only serious crimes. Because of the purpose of this proceeding, it is usually one of the first procedures in a criminal trial.

The Beginning of the Grand Jury Process

As the process begins, between 16 and 23 people will be selected to serve on the grand jury.  Grand juries are chosen from the same group of people as trial jurors, but the selection process may be less time consuming with fewer questions asked to each potential juror. These individuals may be called for jury duty for months at a time, but they only need to appear in court for a few days out of every month. A judge will not be present during grand jury proceedings, and oftentimes a defendant’s attorney will not be present, either. The prosecutor will be there, though, as well as officers and grand jury clerks. The prosecutor will explain the law to the jury and work with them during the process.

A grand jury will hear evidence presented by the prosecutor. In order to gather the information the jury will use to reach its decision, subpoenas can be issued. These can be used to obtain documents, physical evidence, photos, and even witnesses. During a usual trial proceeding, there are strict rules concerning evidence, its use, and admission, but grand juries are not limited in what they may use. Their powers are much broader and can hear almost anything they would like.

The Role of Grand Jury Subpoenas

Subpoenas for grand jury proceedings are dictated by Rule 17 of the Federal Rules of Criminal Procedure. Subpoenas exists in a grand jury setting to obtain evidence for presentation to the grand jury that shows a person committed a federal offense.

The ability of grand juries to issue subpoenas is broad. The subpoenas can be directed to any individual or entity and require both testimony as well as the production of evidence. The only type of protection against grand jury subpoenas are the United States Constitution as well as any privileges recognized by law. The most common way to argue that a subpoena is against the Constitution is if a subpoena is overbroad.

The government is prohibited from using the subpoena power of the grand jury to investigate a case following an indictment. Despite this, sometimes cases arise from the same set of facts associated with an indictment. In these situations, a grand jury may be held to assess facts that might result in additional criminal charges. 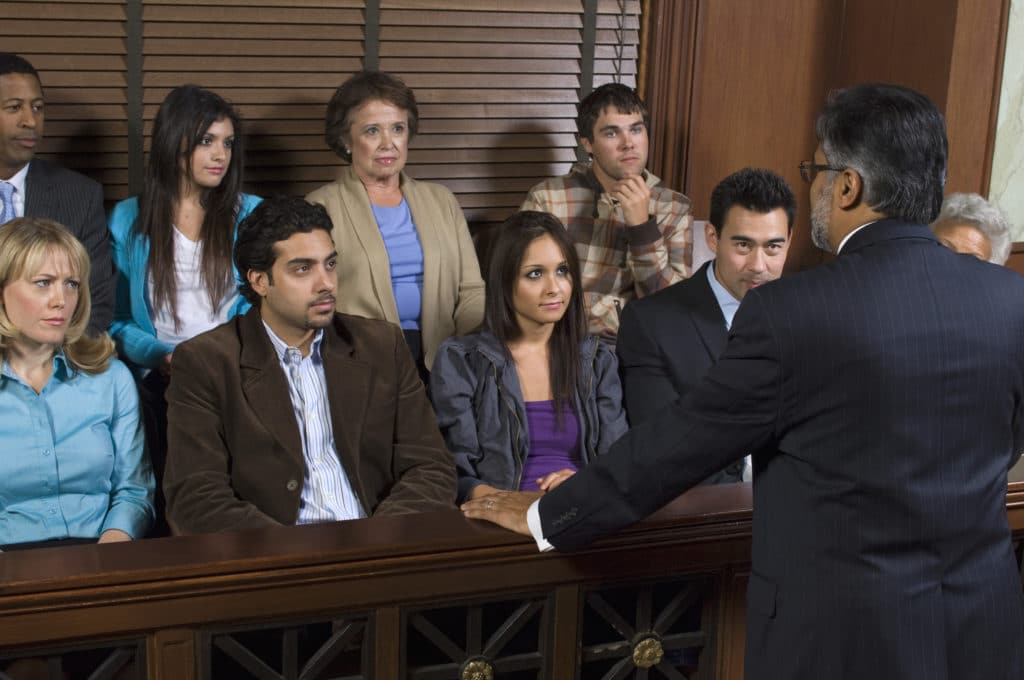 What Happens Once the Evidence is Presented?

Once all evidence is presented and weighed, the jury will make a decision on whether or not to indict the possible defendant. This decision does not need to be unanimous. Instead, either a supermajority of 2/3 or 3/4 agreement, depending on the jurisdiction, is needed for a grand jury indictment.

Even if a jury votes not to indict a person in criminal cases, it does not end there. The prosecutor can still choose to formally charge a person if the prosecutor believes that there is a strong enough case to be convicted beyond a reasonable doubt. In order for this to occur, the prosecutor would need to demonstrate to the trial judge that he or she has enough evidence to continue with the case.

Even if a grand jury issues an indictment, it is vital to remember that grand juries do not make determinations about guilt or innocence. Instead, grand juries exist solely to determine whether probable cause to support charges can be found.

Grand Juries Were Created to Protect Your Rights

The Fifth Amendment of the United States Constitution was responsible for establishing grand juries. More explicitly, the Fifth Amendment states that no individual can be held to answer for a criminal offense unless a presentment or indictment of a grand jury is made.

The reason why grand juries exist is to protect the rights of people accused of criminal charges. Before being brought to trial, a grand jury makes a determination of whether there is a sufficient amount of merit behind charges.

The standards for grand juries are similarly established by the Constitution as well as case law. Grand juries are only permitted to issue indictments if they determine there is probable cause to do so. Probable cause means that there is evidence to believe a criminal offense was committed and that the person accused of the crime actually committed the offense. When felony offenses are involved, there must be probable cause to believe that an offense has been committed.

If your case has been summoned to a grand jury, please contact the experienced attorneys at Shein & Brandenburg. This is a complicated process and we understand that it can feel as if you have no control. Our attorneys will work with you to help ease this concern and ensure that your rights are protected.