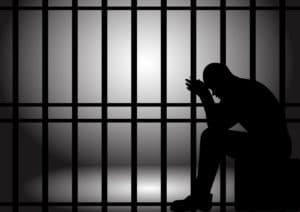 If you have been convicted of a crime and are being held in jail, you still have several options. One of these options is to appeal your conviction, arguing that the court that convicted you made one or many mistakes, and that your conviction was, therefore, wrongful.

However, even if you have exhausted all of your appeals, you still have the option of pursuing a habeas corpus appeal. Unlike other appeals, which challenge your conviction, a habeas corpus petition challenges your confinement. It demands that the judicial branch of the government review why you are being held behind bars by the executive branch.

Even though habeas corpus petitions are rarely successful, they are, nevertheless, a crucial component of how our government works. The importance of habeas corpus was stressed during the Civil War, when it was taken away.

Habeas Corpus in the Civil War

From 1861 until 1865, the United States split into the Union and the Confederacy in the Civil War. One of the issues that the Union faced was what to do with prisoners of war that were captured on the battlefield, or with Confederate sympathizers who created unrest in the North. Those who were arrested and jailed had the option of filing a habeas corpus petition, challenging their detention, and getting their release.

In an attempt to fix this problem and keep dissenters in line, on March 3, 1863, President Abraham Lincoln signed the Habeas Corpus Suspension Act into law.

The Act got rid of the habeas corpus process and allowed the president and the executive branch to control how political prisoners were held and released. By taking these roles away from the courts, the Act gave the president and his personnel the power to arrest people who had not broken the law, but who were merely inconveniencing the war effort, and hold them in jail without having to answer to the courts.

For example, by suspending habeas corpus, Union officers were able to jail John Merryman for delaying the movement of Union troops in Maryland. Behind bars but not formally charged with a crime, Merryman petitioned for habeas corpus, demanding that the judiciary review why he was being held in jail. Because of the suspension of the process, however, Merryman was not released from jail for seven more weeks. After finally being released, he was never tried for a crime.

Habeas corpus is an integral part of the American government, providing one of the many “checks and balances” that ensure one part of the government does not become too strong.