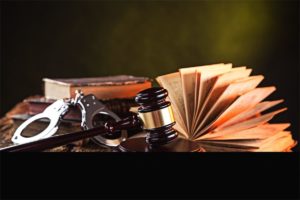 The criminal justice system in the United States is such a big part of our lives that it is easy to accept it as a necessity without much thought. However, for something so integral to our lives, that should not be the case. Everything in the government should have its purpose, including the very concept of criminal law.

The Retributive Aspect of Criminal Laws

One of the reasons why we have crimes and why people are punished for violating the law is retribution. People who have been the victim of a crime have a strong emotional desire to see that the person who committed the crime be punished. To prevent the victim from taking matters into his or her own hands and making things even worse, the government steps in to prosecute people who have violated the law.

Another reason why people have supported the idea of criminal law is that it allows the government to restrain wrongdoers, preventing them from breaking additional laws. By imprisoning people who have been convicted of breaking the law, the government tries to keep the rest of society safe, as if it is a given that someone who has broken the law once will do it again.

The fact that you can be punished for being caught committing a crime is one of the main reasons why many people do not break the law. In this way, criminal laws serve to deter criminal activity. By having criminal laws on the books that provide for specific punishments for specific crimes, people are more likely to avoid committing those crimes.

Additionally, seeing someone else be punished for a crime often deters other people from doing the same thing.

Rehabilitation of People Convicted of a Crime

Finally, one of the most overlooked reasons for having criminal laws is to rehabilitate the person who was convicted. Crimes do not happen in a vacuum. Instead, they are often the result of poverty, anger, hopelessness, or mental disability. People rarely choose to commit a crime because they want to do it. Instead, they commit a crime because they have no other option.

One of the reasons for having a criminal justice system is to make sure that these people get the help that they need so that, when they are released, they can become contributing members of society. Unfortunately, in the U.S., this is an often overlooked aspect of the criminal justice system, and this fails many of the people who are convicted for committing a crime.