When the Constitution was written, a lot of care was taken to make sure that the government would not use the criminal justice system to pressure or imprison people who disagreed with it. This is why you have a right to a jury of your peers, and why unreasonable searches and seizures are prohibited. It is also the underlying reason why we have grand juries. 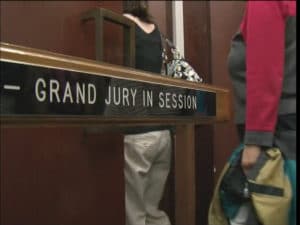 By having normal, everyday citizens involved at this juncture in the criminal justice system, the framers of the Constitution hoped to shield people from an overreaching government.

The Realities of a Grand Jury

The notion of having normal citizens in a position to block criminal prosecutions even before they get off the ground is a great one. However, in reality, that is not how grand juries function.

In the federal system, your right to a grand jury indictment is guaranteed by the Fifth Amendment. Despite this protection, your grand jury right has been watered down, and now only applies to felony-level offenses. If you get arrested for a misdemeanor crime, then the grand jury stage gets skipped.

While unfortunate, this hole in the grand jury system pales in comparison to the fact that grand juries are, at this point, mere formalities. Grand juries meet in secret, so neither you nor your defense attorney have a right to be present. After all, the only question the grand jury is there to answer is whether there was probable cause to believe a crime was committed by the suspect, so the proceeding will always be dominated by the prosecutor.

Just how dominated they are by the prosecutor, however, cannot be overstated. Getting a grand jury to issue an indictment has been described as so easy that prosecutors could “indict a ham sandwich.”

Therefore, while the concept of a grand jury is an integral part of the American government, the reality is that they do not function with the kind of gusto that could be expected.

The Federal Criminal Law Center Fights for Your Rights

Despite the uphill struggle to protect your rights, the attorneys at the Federal Criminal Law Center fight for your rights and interests, both in and out of court. Our attorneys regularly defend clients facing federal felony charges, and have gained a reputation as strong defenders. Contact our law office online.