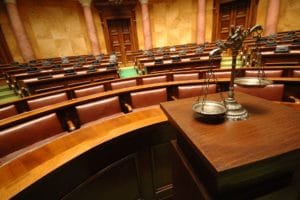 One of the most important preliminary aspects of a trial is what evidence gets admitted to the proceeding and what evidence gets kept out. Trial judges are the ones who get to make these decisions, but no matter how smart or experienced he or she is, a trial judge is still just a human being. As a human being, a trial judge is prone to errors, and if a mistake impacts one of your rights, then you can appeal it to a higher court.

When it comes to whether evidence should be admitted or excluded from trial, it is often up to your attorney to make a timely objection if evidence is coming in that should not come in, or an offer of proof if evidence is kept out that should be let into the trial. By making these motions when the time is right, your attorney preserves the issue for appeal, allowing you to appeal the judge’s decision on that piece of evidence to a higher court.

Generally speaking, if your attorney does not object to evidence during the trial, then it cannot be appealed. However, there are circumstances in which this is not the case.

Plain Errors Can Always Be Appealed

There are some decisions that judges make regarding evidence that are so clearly wrong that you can appeal them even if your attorney did not object to the evidence or provide an offer of proof. For a judge’s mistake to amount to a “plain error,” however, it has to not only be particularly egregious, but also has to affect one of your substantial rights during trial and impact the outcome of the case in some way. This last requirement can be especially frustrating because it essentially allows a mistake to happen – and even admits that a mistake was made – if it ends up being a harmless error.

The Federal Criminal Law Center Can Handle Your Appeal

Mistakes can happen in nearly aspect of a trial. This is why the federal court system has multiple layers to make sure that mistakes that happen at the bottom tier are ironed out by the upper levels. While there are numerous areas that can be the source of a mistake before or during trial, one of the most common comes from the admission or exclusion of evidence.

Regardless of whether your trial attorney raised an objection or made an offer of proof for their piece of evidence, if a substantial right gets implicated by a court’s mistake and this error impacts the outcome of your case, then you should look into making an appeal.