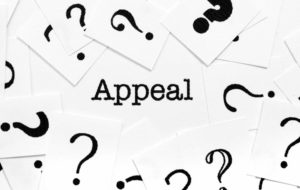 If you have been indicted for a federal crime, taken to trial in federal court, and were found guilty and sentenced, then you have the right to appeal the ruling to the Circuit Court. This is because following a trial in the federal court system, any appeal that you make to the federal appellate court – the Circuit Court – is one of right. This is in contrast to discretionary appeals, which can only be made with leave of the court.

Appeals of Right Versus Discretionary Appeals

The United States is made up of fifty states and the federal government. Each one of these governments has its own court system which, while similar in many respects, has its own unique traits and ways of doing things.

One of the ways in which these court systems differ is in how they handle appeals made after a trial.

In many states, you have the right to appeal the outcome of a criminal case, even if you only want to appeal a specific issue that the trial court decided, rather than the entire thing. These are appeals as of right and, so long as they are properly sought after and filed, cannot be taken away from you or denied by the trial court.

Some states, however, are different in that they only allow discretionary appeals. This means that, even if you properly file for an appeal from the trial court’s ruling, both the trial court and the appellate court have to agree to allow the appeal go forward.

Appeals in the Federal Court System

The federal court system uses both the appeals as of right method, as well as the discretionary appeals method.

If the outcome at the trial court level – called the district court in the federal system – is not satisfactory, you can appeal as of right to the intermediary appellate level of the federal courts – one of the 13 Circuit Courts in the country.

However, if the Circuit Court does not resolve your case in the way that you want it to, then you can pursue another appeal, to the Supreme Court of the United States. However, this appeal is a discretionary appeal. The Supreme Court has the discretion to take or deny the cases that are appealed to it. In the end, the Supreme Court only accepts a handful of cases every year.

The Federal Criminal Law Center focuses its attention on cases involving federal crimes. Over the course of its lifetime, the attorneys at the Center have represented numerous clients who have been indicted for federal crimes, and have effectively provided them with legal representation both in and out of court. By fighting for our clients’ rights and interests, the Federal Criminal Law Center is on the forefront of criminal defense work throughout the southeast, including Alabama, Georgia, Florida, South Carolina, and Tennessee.

If you have been charged with a federal crime, contact The Federal Criminal Law Center online to talk about your case with one of our attorneys.