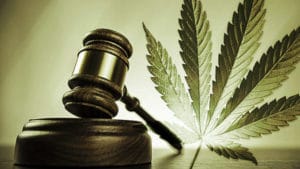 Enforcing marijuana laws might be one of the most complex issues in the United States criminal justice system. With more and more states legalizing marijuana, enforcing laws where it is still illegal becomes complicated with practical concerns, and enforcing federal drug laws in states that have legalized the drug can be politically awkward. However, this does not change the fact that you can be prosecuted for a federal drug crime, even if the charge is for marijuana and you were in a state that has legalized the drug.

The Supremacy Clause of the U.S. Constitution

The reason for this strange outcome is the Supremacy Clause of the United States Constitution. Article IV, Clause 2 of the Constitution states that the U.S. Constitution, along with any federal laws and treaties, are the “supreme law of the land.” As such, they trump any conflicting state laws, including those that decriminalize or legalize marijuana.

Unfortunately, federal marijuana laws are harsh. Because the drug is a Schedule I substance, marijuana is treated as a drug that poses a high risk of addiction and has no known medical use. At the time of the passage of the Controlled Substances Act in 1970, this had been the case. Now, though, marijuana has been found to have numerous medical applications that can help countless patients who are in a great amount of pain. However, while a number of states have recognized the medical benefits of marijuana, the federal government has not changed its laws to bring them up to date with current medical knowledge.

However, despite the fact that marijuana is still officially considered to be a highly dangerous drug by the federal government, the practical enforcement of the federal marijuana laws has relaxed in recent years. In fact, in 2009, Deputy Attorney General David Ogden published a memo stating that personal medicinal marijuana, while still officially illegal under federal law, would be a low priority for federal law enforcement officers. Instead, they would concentrate their resources on stopping other crimes.

Since the 2009 memo, federal law enforcement has focused its efforts on other crimes. However, they can still exercise their jurisdiction over marijuana crimes under federal law, and occasionally do so when a crime involves prosecuting marijuana growers or dispensaries, or the drug charges are especially large, and involve trafficking or other crimes in addition to just possession.

Marijuana law is one of the fields in the law that is rapidly evolving. Every week, there seems to be a new development, whether it is another state trying to legalize marijuana, or federal prosecutors stepping into a new case to try to enforce federal law. The criminal defense attorneys at the Federal Criminal Law Center, however, have extensive experience representing defendants who have been accused of violating federal drug laws, including those for marijuana possession, trafficking, or distribution.

If you have been charged with a federal drug crime, contact the Federal Criminal Law Center online.