Getting charged with any crime is the beginning of an incredibly stressful endeavor. This is especially the case when the charge is for a federal crime, which often carries greater penalties if you end up getting convicted. With so much more at stake, it becomes more important than ever to fight against each and every piece of evidence presented by the team of prosecutors who is trying to take away your liberty. One of the most powerful ways to do this is by suppressing evidence that will be used against you. An effective way to do this is to tap into a legal doctrine known as “fruit of the poisonous tree.” 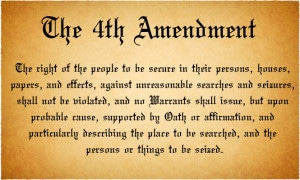 This is called the “fruit of the poisonous tree” doctrine. Think of the original piece of evidence as being a like an apple tree. Because it was illegally planted, in violation of the Fourth Amendment, any fruit that comes from it is also illegal, as well.

An Example of Fruit of the Poisonous Tree in Action

An excellent example of how the fruit of the poisonous tree doctrine works comes from a narcotics case from 1963, Wong Sun v. U.S. There, police violated the Fourth Amendment by entering someone’s apartment and questioning him about where he had bought heroin. Through the interrogation, they were directed to someone else’s apartment, who said that he had gotten the drugs from yet another person, Wong Sun. When police arrested Wong Sun, his defense attorney successfully argued that the evidence against him – the testimony that he had been the source of the drugs – all came from a Fourth Amendment violation and should be prevented from being heard in court. The case went all the way to the Supreme Court, which sided with Wong Sun.

How We Can Help

With extensive experience defending clients against criminal charges, the Federal Criminal Law Center is adept at suppressing evidence obtained by federal agents through the fruit of the poisonous tree doctrine and other Fourth Amendment defenses. Contact us online for an initial consultation.