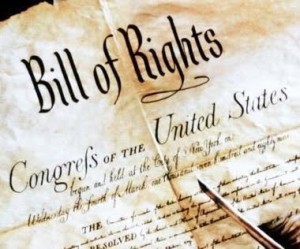 The Bill of Rights was written to protect the citizens of the newly-formed United States from the acts of government that had so bothered our country’s founding fathers before the Revolution. By including them in the U.S. Constitution, these pivotal figures meant to prevent the government that they were forming from ever reaching into the private lives of Americans in the same ways that the British had.

Perhaps the most important part of the Bill of Rights for this goal is the Fourth Amendment, which guarantees everyone’s right to be free from unreasonable searches and seizures by the government and law enforcement. However, as time has gone by, the Fourth Amendment has eroded through narrower and narrower interpretations of what it took for a search or seizure to be considered “unreasonable.” To allow police and law enforcement greater leeway in detecting crime and catching criminals, more and more ways were created for police to look for evidence without conducting an “unreasonable” search.

From a practical perspective, one of the most important of these ways around the Fourth Amendment has been a consent search.

Consenting to a Search Waives Your Fourth Amendment Rights

Under the Fourth Amendment, you have a right to be free from unreasonable searches and seizures. However, this right can be waived, allowing law enforcement to trample on your rights if you allow them to. By actively allowing police to perform a search, no matter how unreasonable it is, it will pass the muster of the Fourth Amendment because you have waived its protections. 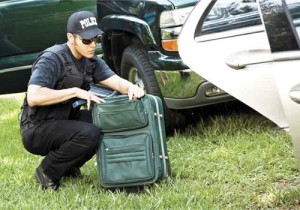 Police officers and other law enforcement agents are constantly working to root out crime in any way they can. Through trial and error and rigorous training, they have learned the best ways to find evidence of a crime, and developed new and better ways of exploiting that avenue of investigation.

Consent searches have become police favorites. Knowing that the presence of a uniformed officer intimidates many people, and knowing that many law abiding citizens think that any noncompliance with a police officer makes them look guilty, police will often simply ask suspects if they can perform a search that would otherwise be unreasonable. After all, police also know that they have nothing to lose by asking.

Unfortunately, most Americans are unaware of their civil rights and how far they extend. When a police officer asks them if they can look somewhere, or ask a few questions, most people say yes, or answer whatever questions are asked. In this way, they waive the protections that our founding fathers provided them through the Fourth Amendment, to keep law enforcement in check.

The attorneys at the Federal Criminal Law Center have focused their practice on defending clients against federal charges, which often carry stricter penalties than state charges. Despite the increased stakes, too many people being investigated for a federal crime give police their consent to conduct a search that uncovers crucial evidence of a crime. That is where we come in. Contact our law office online.