One of the interesting intangibles of the federal criminal justice system has always been the uniqueness of each and every judge on the bench. Even though they strive to make the just and fair decision, they are not computers. What one judge might think is the best decision to make might not be what the next judge thinks is the best decision. This is especially the case when it comes to sentencing. Identical cases of, say, healthcare fraud can result in significantly different sentences, depending on the judge that presides over the case. The discrepancy between one judge’s sentencing and another’s was the foundation for the creation of the Federal Sentencing Guidelines. 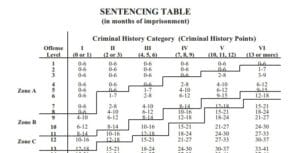 In an attempt to create some uniformity in sentencing, the federal government enacted the Federal Sentencing Guidelines in 1987. Using extensive data that detailed the sentences handed down by judges across the country for similar crimes, Congress essentially tried to make rules for sentencing, based on those that had been given in the past.

Over the course of years of practice, these rules have been found to be highly complex, and prone to produce some unfair results. Among the most prominent of these problems have been the huge discrepancies in sentencing for crimes involving cocaine and for those involving crack cocaine. Nevertheless, the Sentencing Guidelines were not exactly “guidelines”: It was mandatory for federal judges to impose a sentence within the range provided by the Guidelines. 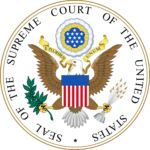 In 2005, a case went all the way to the U.S. Supreme Court, dealing with the Federal Sentencing Guidelines – U.S. v. Booker. One of the questions that the Supreme Court answered in Booker was whether the Guidelines were mandatory or just guidelines. The Court stated forcefully that they were merely advisory, and that federal judges could impose sentences that fell outside of the range provided by the Sentencing Guidelines, so long as they were “reasonable.”

However, subsequent cases have retracted nearly all of the progress that Booker had made. One case, Rita v. U.S., said that, while the Guidelines are just advisory, any sentence falling within the range provided by the Guidelines would be considered presumptively reasonable. After this case, courts started considering any sentence made outside the “advisory” Guidelines to be unreasonable, creating massive amounts of confusion and making it seem as if the Guidelines are, contrary to the Supreme Court’s ruling in Booker, really mandatory.

Criminal defense attorneys, especially those who focus their practice on defending against federal charges, have extensive experience with the Federal Sentencing Guidelines and the problems created by Booker and later cases dealing with the law. The attorneys at the Federal Criminal Law Center are some of the criminal defense lawyers who can help you defend against federal charges and, if you do get convicted following a trial, can effectively advocate on your behalf for a light sentence under the Guidelines. Contact the Federal Criminal Law Center online.