As if getting charged with a crime were not frustrating or confusing enough, many federal crimes can also be prosecuted at the state level. When illegal activity falls within the concurrent jurisdiction of the federal and the state government, the federal government has the option of taking the lead and prosecuting it. However, they can also elect not to prosecute, and allow the state to handle the matter.  Drug crimes are among the many types of crimes that fall within the concurrent jurisdiction of the federal and state governments. 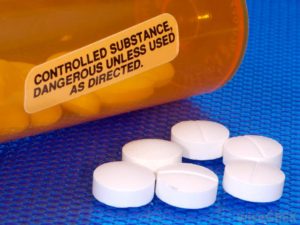 The integral law behind federal drug crimes is the Controlled Substances Act, which regulates the use of certain drugs and other potentially harmful chemicals and substances. Because the use of these drugs is regulated, or controlled, by the government, they are referred to as “controlled substances” by the law and by law enforcement.

One of the key sections of the Controlled Substances Act is the division of all drugs into five “Schedules.” These Schedules – numbered I through V – are used to categorize controlled substances based on their medical use, potential for abuse, and how addictive they can be. These Schedules also give an exhaustive listing of the drugs each one regulates.

Schedule V is where the least dangerous drugs are listed in the Controlled Substances Act. These have a low potential for abuse, which only leads to a limited amount of addiction or dependence on the drug. Additionally, substances in Schedule V have a medically accepted use of the drug in the U.S. Some of the drugs found in other Schedules also appear in Schedule V, if they are possessed in low amounts.

Schedule IV drugs are more dangerous than Schedule V substances, though they still have a low risk for being abused or depended upon. They also have a medically accepted use in the U.S. Some of the drugs found in Schedule IV are prescription drugs like Xanax or Valium.

More addictive than Schedule IV drugs, the substances in Schedule III are more likely to be abused, though they still have medical value in the United States. Codeine is just one of the narcotics, steroids, stimulants and depressants listed in Schedule III.

Schedule II is the second-most serious category of drugs listed in the Controlled Substances Act. These substances have a high risk for a very addictive abuse. They have only a limited number of uses in the medical field in the United States. Examples of Schedule II drugs include methamphetamine, Percocet, and OxyContin.

The most serious drugs in the Controlled Substances Act are listed in Schedule I. These are highly addictive and have no medical use in the country. Here, you can find drugs like heroin and LSD.