If you’re under suspicion or being charged with a crime, you might be wondering where your trial might take place. Federal and state court jurisdictions usually have some overlap, so which one will try your case?

Knowing whether you’ll be charged and tried at the state level or federal level is important because the procedures and rules are different for each. The confusing part is that so many of the laws overlap—in other words, many activities are considered crimes at both the federal and state levels. You might not know which court will try your case until you are officially charged, but here are some important things to know about how the state and federal courts tend to interact.

IT WILL PROBABLY BE ONE OR THE OTHER—NOT BOTH 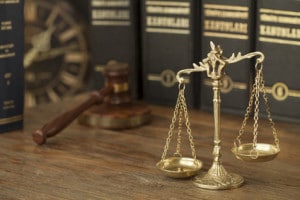 If your alleged crime violates both state and federal laws, the good news is you will probably not be tried in both venues. It will likely be either a federal case or a state case, not both. The exception might be if there is sufficient reason to charge you with different crimes under federal and state law, but this is rarely the case. Typically, you’ll only be prosecuted by one government or the other.

THE FEDERAL TYPICALLY DEFERS TO THE STATE

In many cases, if you’ve violated both federal and state law, the federal government will defer to the state to charge and try your case, especially if the alleged crime remained within state boundaries. For example, many states have laws regulating drugs and controlled substances that are similar to federal laws. If your alleged crime relates to these drug violations and took place completely within the state, given the choice between a state and federal trial, you’re more likely to be tried at the state level.

WHEN DOES THE FEDERAL GOVERNMENT TAKE PRECEDENCE?

Of course, there are times when the federal government takes precedence over the state when it comes to charging you with a crime. These are typically instances in which the crime crosses state lines, occurs on federal land, violates national security or is a crime directly against the federal government. For example, if you’re accused of robbing a bank that is insured by federal funds, you’re likely to be tried in federal court, not by the state in which the alleged robbery occurred. Likewise, if you are charged with Internet fraud or wire fraud, chances are those transactions crossed state lines and would be considered federal crimes. Of course, income tax evasion is always a federal crime, as is any act of terrorism.

Having a good idea whether your case might be tried at the federal or state level will help you prepare an effective defense. If you’re being charged with a federal crime, for example, it’s important to hire a defense attorney with specific experience in the federal court system in order to give you the greatest advantage in defending your innocence. To learn more about the differences between federal and state courts, and which one might try your case, contact the Federal Criminal Law Center today.