On December 29, 2015, a Federal Court of Appeals reversed a denial of habeas corpus in the death penalty case of convicted murderer James McKinney (McKinney v. Ryan), effectively ruling his pending death sentence unconstitutional. The action may have an impact on many other death penalty cases in the state of Arizona from the late 1980s through 2006, according to a report from the AP. What is the significance of this ruling, and how could it affect sentencing in the future?

In 1993, defendant James McKinney was convicted of a double homicide in the State of Arizona; he was sentenced to death, and three years later, the Arizona Supreme Court upheld the sentence. During the sentencing phase, McKinney’s defense held that the defendant’s troubled childhood and PTSD were mitigating factors in McKinney’s actions, and should be taken into account when rendering sentence. During that time, however, the Arizona court system had a “causal nexus” rule in effect that limited the types of mitigating evidence that could be considered. Because the courts could not find a direct connection between McKinney’s past, his condition and his actions, he was not given the leniency he might otherwise have received. 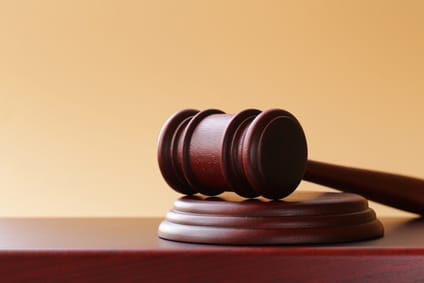 Some time later, McKinney filed for habeas relief on the grounds that his past and PTSD should have been considered as mitigating evidence in his sentencing. While the federal district court rejected that petition, the 9th Circuit Court of Appeals overturned that ruling by a 6-5 vote. As a result, the State of Arizona must either retry McKinney’s sentencing phase, reduce the sentence, or appeal the case to the U.S. Supreme Court. Additionally, the ruling calls into question many other sentences that were rendered during the 15-year period during which the “causal nexus” rule was applied.

WHAT IS “CAUSAL NEXUS?”

In the case of McKinney, it was ruled that his troubled family history and post-traumatic stress disorder (PTSD) were not directly connected to the murders for which he was convicted, and therefore could not be taken into consideration when handing down his sentence.

WHY THE APPEALS COURT DISAGREED

In reversing McKinney’s death penalty, the Court of Appeals referenced another case, Eddings v. Oklahoma (1982), in which the U.S. Supreme Court cited the Eighth and Fourteenths Amendments to rule that in capital murder cases, the courts cannot “refuse to consider, as a matter of law, any relevant mitigating evidence.” The Court of Appeals’ determination was that the “causal nexus” rule was a violation of this ruling, and is in effect unconstitutional.

What does this mean for the future? The U.S. Supreme Court may still weigh in on this issue if Arizona appeals the decision, but if it is upheld, it may call into question virtually every death penalty case in Arizona in which the causal nexus rule played a role in sentencing, affecting possibly hundreds of cases. It could also raise further questions regarding death penalty cases in other states if it can be argued that the state’s sentencing criteria fails to take into account relevant mitigating evidence, as Arizona’s “causal nexus” rule did. It will be interesting to see what transpires from this important decision in the months and years ahead.