In criminal law, both at the state and federal levels, there are many possible crimes that can be considered fraud—wire fraud, mail fraud, tax fraud and healthcare fraud, for example. But what constitutes fraud in the eyes of the law? How do prosecutors decide when fraud has actually been committed, and how do they go about proving it in court? Perhaps more importantly—how can you defend your innocence if you’ve been accused of fraud? 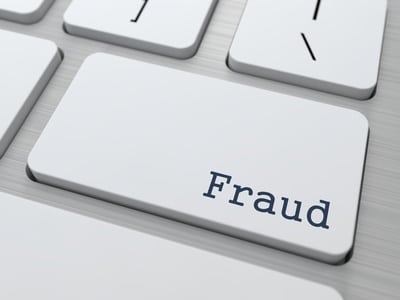 As Law.com describes it, “fraud” is legally defined as “the intentional use of deceit, a trick or some dishonest means to deprive another of his/her/its money, property or a legal right.” In effect, when someone employs a form of deceit to gain at someone else’s expense, it’s a form of fraud in the eyes of the law. From this broad definition, the laws also describe specific crimes that involve fraud. If, for example, a person engages in a con scheme, and happens to use email, telephone and “snail mail” in the process of enacting the scheme, that person may face multiple counts of wire fraud, mail fraud and Internet fraud, each of which may carry severe penalties if he/she is convicted.

WHAT THE GOVERNMENT MUST PROVE

It’s important to understand that intent is a key factor in proving fraud crimes. In other words, if you’re charged with fraud, it’s not enough for prosecutors to prove to a jury that someone incurred loss because of your actions, because there may be a number of different reasons for this that may not involve committing a crime. Rather, the prosecution must show that you caused the loss on purpose, through intentional attempts to deceive. The prosecution must also show that loss actually occurred as a result of your actions. Thus, to convince a jury to convict you, the prosecution should be able to demonstrate specific losses that occurred because you intentionally deceived someone or misrepresented your product.

DEFENDING AGAINST CHARGES OF FRAUD

Because intent is the most challenging thing for the government to prove in these cases, your best defense against charges of fraud may be for your attorney to show evidence that there was no malicious or deceptive intent in your actions—for example, if you were an unwitting participant in a larger scheme, or if you made every reasonable attempt at full disclosure about the nature of the product, investment, etc. Additionally, if no money or property actually exchanged hands, the defense may be able to argue that no actual crime was committed.

Of course, every case is different, and an experienced defense attorney is the best person to advise you on your situation. For more information on what constitutes fraud in the eyes of the law, and what to do if you’ve been charged with a form of fraud, consult the attorneys at the Federal Criminal Law Center.