Last week, the U.S. Supreme Court agreed to review the case of Voisine v. United States, according to the SCOTUS blog. The case could have far-reaching ramifications pertaining to firearms possession and the Second Amendment. 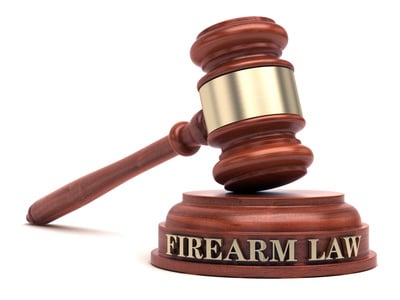 The case is being brought by two defendants from Maine, Stephen Voisine and William Armstrong, both of whom were convicted on federal firearms possession charges for unrelated incidents. The federal law in question is the Lautenberg Amendment, which prohibits people with prior convictions of misdemeanor domestic violence from owning a gun. Voisine and Armstrong are contending that their domestic violence convictions under Maine law should not have disqualified them from owning weapons because Maine classifies certain actions as domestic violence that are more reckless than intentional.

According to documents submitted to the Court, Voisine was charged with domestic violence back in 2003 for slapping his girlfriend while drunk. Armstrong’s conviction in 2002 stemmed from pushing his wife against a wall during an argument. Authorities became aware that Voisine owned a gun in 2009, Armstrong in 2010. Both were convicted under federal law on the grounds that their prior domestic violence convictions prohibited them from owning firearms. The defendants are appealing their convictions on the grounds that Maine’s definitions of domestic violence and simple assault are too broad for the Lautenberg Amendment to apply automatically. They are also contending that the firearms ban for those convicted of domestic violence is a violation of their rights under the Second Amendment in general.

The First Circuit Court of Appeals upheld the convictions of Voisine and Armstrong and rejected their arguments; however, the U.S. Supreme Court has agreed to review the case, which should appear on the dockets in late February or early March 2016.

Interestingly enough, the Justices have decided not to consider the Second Amendment question raised by the case (i.e., they will not rule on the legitimacy of the Lautenberg Amendment). They will, however, review the question of recklessness, as to whether the convictions of these defendants under Maine law should actually have disqualified them from weapons ownership. While this will no doubt leave some gun rights advocates disappointed, it still could have far-reaching ramifications as to how state and federal laws interact, and in what ways federal laws can or cannot overrule the laws of individual states regarding domestic violence and gun ownership. It will be interesting to see how this case transpires.