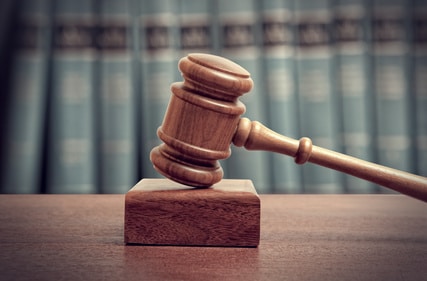 While being charged with a crime can be frightening enough on its own, understanding whether you’re being charged under state or federal law (and the ramifications of each) can be equally confusing. There are some key differences between state and federal criminal charges as to how (and where) they are tried, and an experienced criminal defense attorney will know how to navigate the complexities and nuances of either type of case.

What are some of the differences between state and federal charges, and what can you expect with one or the other? Here are some important things to know.

To put it simply, when you’re facing state charges, the state government is accusing you of a crime under its own laws; when you’re charged with a federal crime, however, the prosecutor is the United States government. Each state, and the federal government itself, has its own court system for trying such cases; each has a process for trying cases; each has its own set of penalties for different crimes; and each has its own prison system for convicted defendants. While jury trials operate similarly at both the state and federal levels, there are some differences in how the cases move forward. This is why it’s a good idea to hire an attorney with specific experience in the court jurisdiction where you are being charged and tried, whether it’s a federal court or a state court.

Court procedures are a bit different for federal criminal cases than for state cases. For example, federal felony charges are almost always accompanied by an official indictment by a grand jury, which means by the time you’re charged with a crime, the prosecution has already done its homework and probably has a fairly solid case against you. With state crimes, the procedures for charging you may vary, and may or may not involve a preliminary investigation or a grand jury. This means there is often less time in a federal case verses a state case between when you are charged and when you go to trial, meaning your defense team must act skillfully and quickly to prepare your defense. This also means that your attorney’s most effective strategies for negotiating plea agreements and filing post-trial motions will be different for a federal case than for a state case.

WHAT IF THE ALLEGED CRIME VIOLATES BOTH STATE AND FEDERAL LAWS?

Of course, there is a lot of overlap between state and federal laws when it comes to identifying criminal activity—so what happens if an alleged action violates both? Will you be tried twice, or in two different courts? The answer is, not likely. In the majority of cases, the federal government will defer to the state if the charges are violation of state law, except if the activity crosses state lines (many white collar crimes fall in this category), occurs on federal property or is a matter of national security. So with few exceptions, if you’re charged by the state government, chances are you won’t be charged again for a federal crime.

While it’s important to understand the differences between state and federal charges, it’s even more important for you to have a defense attorney who understands these differences and knows how to employ effective strategies for each. For more information and expert advice if you are charged with a crime (or suspect you might be), call the attorneys at the Federal Criminal Law Center.