When we hear the term “organized crime,” most of us immediately think of films like The Godfather and Goodfellas, speakeasies in Chicago, names like Al Capone, Lucky Luciano and John Gotti, and anything else in our minds relating to the Italian mob in 20th-Century America. However, when it comes to the law, organized crime extends well beyond these stereotypes. 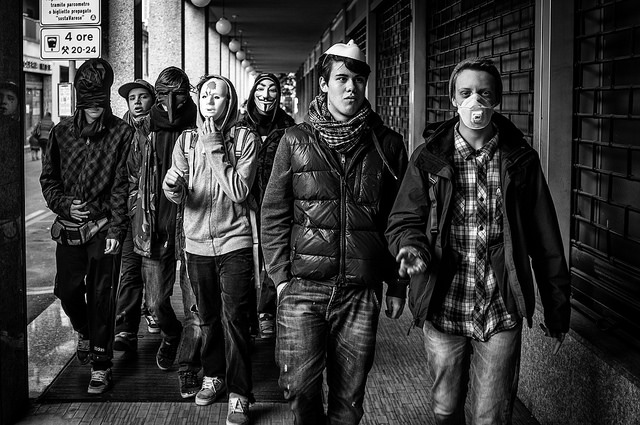 Organized crime actually refers to the collaborative activities of any group, collective or ring of people who work together strategically to engage in illegal activities, generally for the purpose of making money or gaining power. These illegal activities are broad in scope, and may include such crimes as drug trafficking, human/sex trafficking, illegal gambling, prostitution, extortion, fraud, money laundering, theft, smuggling, cyber crime, securities fraud, and so on. Criminal organizations can also commit violent crimes such as assault and murder, especially during feuds (although not all criminal organizations are violent). Organized crime can occur at the local level, across state lines, and even at a global level.

As you can see, the term “organized crime” can refer to lots of activities besides just the operations of mafia families—nor does the group have to be especially “organized.” Street gangs, hacking organizations, drug cartels, child pornography rings—all of these and others can be considered perpetrators of organized crime. It only takes five people colluding to commit violence for the federal government to consider them a street gang, according to the Legal Dictionary. Organized crime can be as broad, sinister and violent as an international terrorist group, or it can be as unobtrusive as a few people engaged in white-collar crime. The corporate securities scam operation depicted in the film The Wolf of Wall Street was certainly not a mafia group, but it was no less a prime example of organized crime.

Depending on the organization and the numbers of people involved, organized crime can be difficult to prosecute and disrupt. It often requires assistance from people within the group to help authorities shut down such organizations, which is why prosecutors sometimes offer plea bargains, immunity and witness protection to individual participants who are willing to “turn state’s evidence” and testify.

If you are suspected of being involved in organized crime of any kind, you need an experienced attorney who can help protect your rights, represent your interests and explain your options. For expert legal help in this and other matters, call the Federal Criminal Law Center today at 404.633.3797.