There’s been some confusing information lately as to whether the Georgia state legislature is working to legalize cannabidiol for the treatment of seizures. Let’s unravel the story as it has progressed so far.

Cannabidiol (or CDB) is an extract from the marijuana (cannabis) plant, not to be confused with THC, the psychoactive compound in marijuana that produces the “high.” There is evidence that CDB administered in low doses may be effective in the treatment of seizures, and a number of epileptic children who have been given the drug have reportedly seen positive results.

In early 2014, after visiting with one of his constituents whose daughter was suffering from up to 100 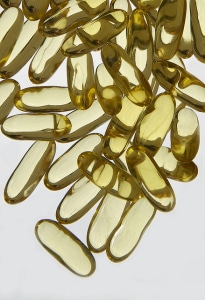 seizures a day, a Republican state representative named Allen Peake (R-Macon) introduced a limited scope bill that would legalize the use of cannabidiol under strict guidelines for medicinal uses in Georgia. HB-885 had wide support in both the House and Senate, but ultimately died on the floor because the two houses could not agree on extenuating elements that had been added to the bill.

However, the campaign to legalize cannabidiol for seizures is not yet over. In the wake of the failure of HB-880, a joint committee co-chaired by Rep. Peake has been formed for further study on medical uses of cannabis and their results, to determine whether Georgia should enact legislation to permit the prescription of cannabis compounds. The committee’s progress is ongoing, and may indeed result in future legislation to legalize cannabidiol.

Georgia currently has some of the strictest laws in the country against marijuana use of any kind. Even with the passage of a bill allowing for the medical use of CDB, it is highly unlikely that the smoking of marijuana would be legalized for medical or other uses in the state.

So the short answer is, no, the Georgia legislature is not legalizing cannabidiol for the treatment of seizures—at least, not yet. But the debate is far from over.