On September 15th, Democratic State Senator Roderick Wright announced that he would officially resign from office on September 22nd. Senator Wright was forced to resign as a result of being threatened with an expulsion vote. The reason he was given the decision between resignation or expulsion is because he was convicted of felony perjury and voting fraud charges. His sentence for this conviction is ninety days in jail. Wright’s conviction stemmed from a lie he told about living in his Senate district during his 2008 run for office.

Although Wright gave in to pressure to resign, he said in an interview that it was a painful decision. He went on to say that “at the end of the day you want to consider what’s the best thing for the house and that was the best thing for the house.” Previously, Wright stated that while he was wrongfully convicted and planned to appeal, he wasn’t interested in discussing the topic of his innocence or guilt.

Fellow Democratic Senator Kevin Leon helped to put together the resignation deal that the Pro Term accepted. In a statement about the deal, Leon said that “Senator Wright’s prosecution has been unfortunate and, in many ways, unfair. At best, this is an ambiguous law and, in this case, its application has been both arbitrary and selective. But today, Senator Wright did the right thing for his community and the Senate by resigning from office.” 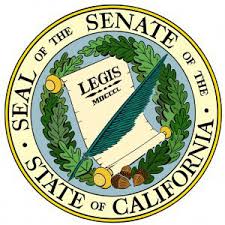 The Aftermath of Senator Wright’s Conviction

In addition to being sentenced to serve ninety days in jail starting on October 31st, Wright was given a lifetime ban from holding any public office. He will also be on probation for three years. A condition of his probation is to complete 1,500 hours of community service.

Prior to Wright, the last resignation from the state legislature due to a criminal conviction was in 1994. Republican State Senator Frank Hill resigned that year when he was found guilty of conspiracy, money laundering and extortion

Because Wright doesn’t have to report to jail until the last day of October, he had originally proposed staying in office until that time. However, because of the upcoming November 4th elections, Democratic Senate leaders were worried about it hurting their chances to regain a two-thirds majority.

Since Wright still had two years left in his term in the 35th Senate District seat, as soon as he officially resigned, his announcement triggered a process to fill the vacancy. Governor Jerry Brown will be in charge of setting a primary for the special election. This primary will be held nine or 10 Tuesdays before the special election runoff.

Immediately following Wright’s announcement, Democratic Assemblymen Isadore Hall of Compton and Steven Bradford of Gardena both announced themselves as candidates for the special election. While Democratic Senate Leaders wanted to minimize focus on Wright in other races, the fact that only 14% of voters in the 35th Senate District are registered as Republicans means this seat will remain under Democratic control.

To keep up with the latest news about federal criminal law cases, visit federalcriminallawcenter.com