Privately run prisons have been playing an increasingly prominent role in the American penal system since they were introduced in the 1980s. Although the total US prison population only grew by 18% between 1999 and 2010, the population incarcerated in for-profit prisons grew by 80%, according to a 2012 report by The Sentencing Project. In private federal prisons, the growth for the same period is a whopping 784%. Can private prisons alter the judicial process in your case? The answer is no, technically, as that would be illegal. But several think-tanks, organizations and actual cases of judicial corruption paint a different picture. 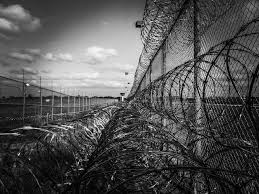 A Conflict of Interest

According to a report entitled Prison Bed Profiteers: How Corporations are Reshaping Criminal Justice in the US by the National Council on Crime and Delinquency, the issue boils down to the bottom line. The report states that not only do private prisons stand to gain from harsher and longer sentencing decisions in the courtroom, but it is also in their interest to keep prisoners inside instead of releasing them for “good behavior” and other rehabilitation based incentives that take place in public prisons.

A Case of Fraud and Corruption

In 2011 a Pennsylvania judge was sentenced to 28 years in prison after being found guilty of accepting more than $1 million in bribes from the builder of private prisons for juveniles. Mark Ciavarella had been sentencing kids as young as 10 years old to detention for crimes like stealing a container of nutmeg in exchange for cash kickbacks. He pled guilty.

Could the influence of private prisons alter or affect the outcome of your criminal court case? Call us today at (404) 341-6880 to talk to one of our attorneys about this important issue!