If this is not the first time you’ve faced an indictment, you might be wondering whether any leniency you’ve been offered in your prior cases might affect your current indictment. There are a lot of factors to consider with this question. For example—are the current charges related to the prior charges for which you were granted leniency, or are these new charges completely unrelated? What factors led to the leniency in the earlier cases? There are also many other factors to consider, such as the skills and experience of your current attorney, the disposition of the judge hearing the case, and so on. 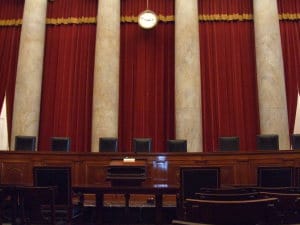 As you can see, there’s no way to predict accurately how leniency in your prior cases will affect a current indictment. However, it’s naïve to assume it won’t have an impact at all. If your current charges are completely unrelated to prior offenses, there may be more room for leniency; but if the current indictment is based on a repeat offense for which you were previously granted leniency (in other words, if the court gave you a break before, but you’re back for the same offense), chances are pretty good that the court will not be nearly as lenient. (An exception might be a “plea bargain” scenario, if you are willing to cooperate with authorities in presenting evidence or acting as a witness in someone else’s trial, for example.)

All speculation aside, a skilled, experienced federal criminal law attorney is the best person to evaluate the details of your case, and to help you determine whether you can expect the court’s prior leniency to affect your current indictment. To learn more, contact the Federal Criminal Law Group.