If you’re currently facing federal drug charges, there’s a chance your attorney has mentioned a recent Pennsylvania Superior Court decision in a case called Commonwealth v. Newman. Could this ruling affect your federal drug case? Let’s break it down and discuss. 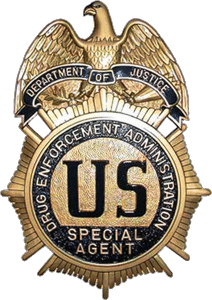 Looking at The Background

To understand the potential impact of Commonwealth v. Newman on your drug case, we need to look to another recent Supreme Court ruling on a separate case, Alleyne v. United States. There’s no need to go into the specifics of this case, but the Supreme Court ruling will potentially rewrite the laws of many states regarding mandatory sentencing. Essentially, the Court ruled in Alleyne that all the facts that could potentially increase mandatory minimum sentencing must be proven beyond a reasonable doubt before a jury. By contrast, many states have allowed judges to impose mandatory sentencing based only on the preponderance of the evidence. Alleyne now makes this practice unconstitutional.

Where Does Commonwealth v. Newman Fit In?

In Commonwealth v. Newman (a drug related case), the defendant received a mandatory sentence from the judge due to the presence of a handgun in the vicinity of the drugs recovered. The defendant appealed, and the Pennsylvania Superior Court affirmed the sentence. A few days later, the Alleyne ruling took place, casting doubt on the entire procedure by which mandatory sentencing had taken place. The defendant asked the Superior Court to reconsider, which it did. The result: the Pennsylvania Superior Court determined the new rules applied retroactively to Newman’s case, and they vacated his sentence and remanded the case to the trial court for resentencing.

How Could This Affect Your Federal Drug Case?

That depends in part on how far your case has progressed. In reality, the Supreme Court ruling on Alleyne specifically has perhaps the most potential to impact your federal case, since it is a ruling by a federal court on mandatory minimum sentences in general. It’s more likely for the Newman ruling to affect your case if a): there is evidence that brings mandatory sentencing issues into play; and/or b): if your case is currently in a late stage of review, one in which retroactivity might apply.

Of course, the best person to assess the possible specific impact of Commonwealth v. Newman on your federal drug case is an experienced federal criminal attorney. For the best and most current counsel in your case, contact the Federal Criminal Law Group.