Criminal charges in the United States come in two primary forms: federal and local. Each is differentiated by the jurisdiction of the prosecuting court. If you’re facing federal charges, take a moment to learn the distinction between the two, and to determine whether yours might be reduced. 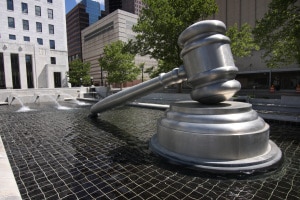 What is the Difference between Federal and Local Charges?

Responsibility for setting and enforcing criminal law in the United States is shared between the federal government and the individual states. When speaking of the difference between federal and local courts, it’s a matter of whether they exist to enforce laws set by the federal government or the states, respectively.

Typically speaking, federal courts handle charges that involve the US Constitution, actions taken by Congress, or issues of national interest (including patent and copyright disputes, antitrust actions, and interstate/maritime charges), while states – which enjoy a broad jurisdiction – handle cases of local interest like robberies, assaults, and traffic violations.

Alleged Federal and Local Offenses: Who Gets to Prosecute?

In some situations, a person can face charges both federally and locally. Though usually one government with jurisdiction will defer to another, this is by no means required – and even when it does occur, the deferring government may step in if the other fails to obtain a conviction. Interestingly, this re-trying is not typically considered as double jeopardy: the Constitution prevents a single “sovereign” prosecuting the same offense multiple times, but the state and federal governments qualify as separate sovereigns.

Note these two examples paraphrased from the Nolo.com link above:

In summary, there are few situations in which a federal charge may be reduced to a purely local charge, due to the national importance of most federal charges and the fact that not all federal offences are also local offenses. When alleged criminal activity qualifies as both a federal and state offense, it’s not unheard of for federal courts to defer prosecution to local authorities, but they may initial prosecution of their own if the local courts fail to convict. Every situation is different, and it’s always important to discuss the details of your specific charges with an attorney.

Contact the law offices of Shein & Brandenburg for more information and a consultation on your specific case.